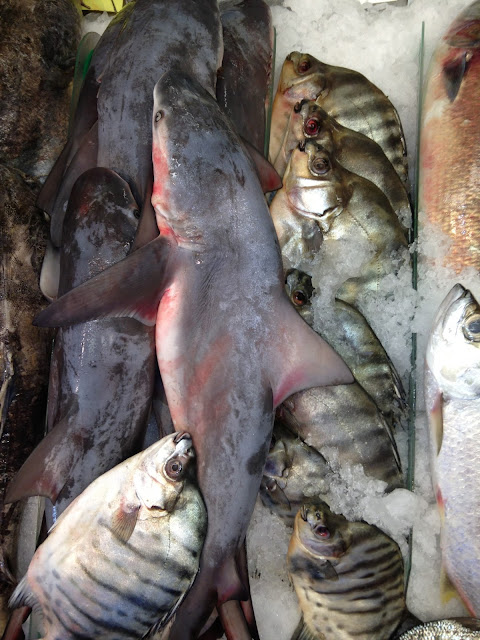 Fun Fun Fun and Lots of Yum! Last week as my mum's birthday present we joined Taste Trekkers for an amazing walking tour around the Asian grocery stores at the Inala Town Square. 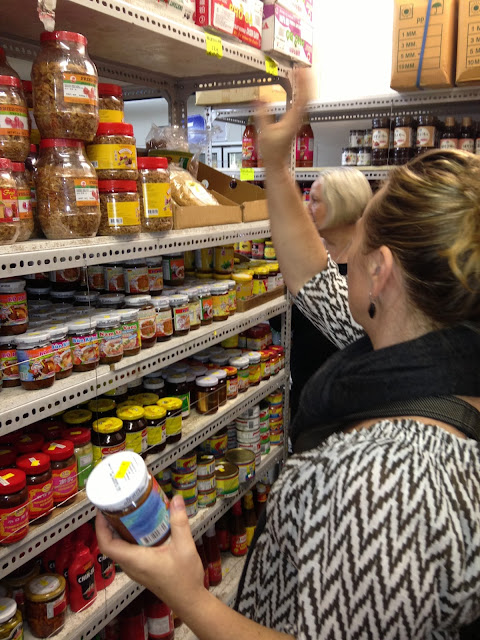 I'd heard of these tours previously and mum and I being huge lovers of Asian style food had always wanted to do one. The group of 8 was lead by Sally Lynch- a fountain of knowledge about all such food.
The Asian tours are run at Sunnybank, Fortitude Valley and Inala. Already familiar with the first 2 locations we decided to venture further afield into unknown territory. 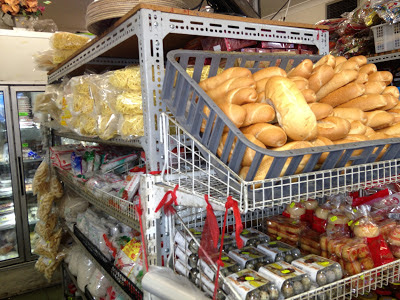 Sally describes the Inala town square as similar to a mini Ho Chi Minh city. The square is surrounded by all types of grocery and food stores and in the actual square the locals sit playing mahjong during the day. 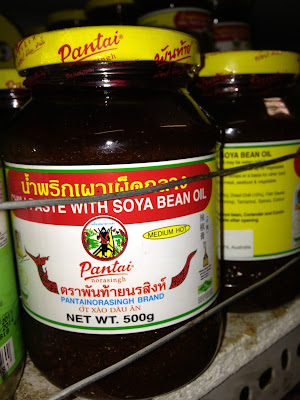 Most of us in the group had some rudimentary knowledge of Asian style cooking. And we were all familiar with shopping in Asian grocery stores, but Sally's expertise broadened and elaborated on the much unknown. We spent a lot of time asking Sally what some of the stranger ingredients were, that never have the English translation. 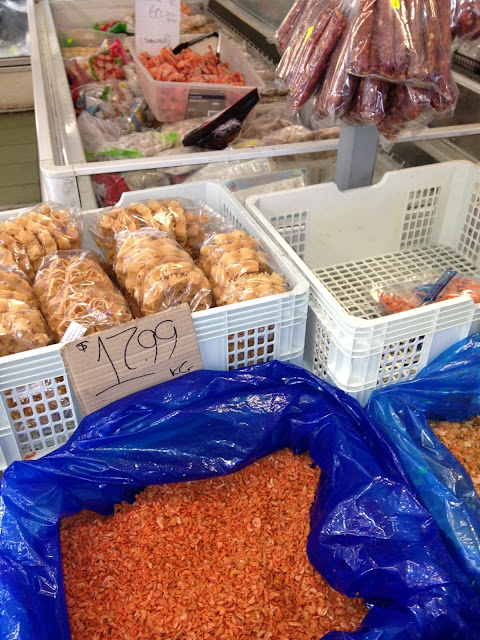 Being a proficient cook, Sally pointed out some of her favourite ingredients as we wandered from store to store and explained how she used them. As she predicted we became very hungry very quickly. We snacked on a little savoury hot roll during our tour and a few other yummy samples along the way. At the end of the tour we finished with lunch at a Vietnamese restaurant with hot Pho and many other delicacies. 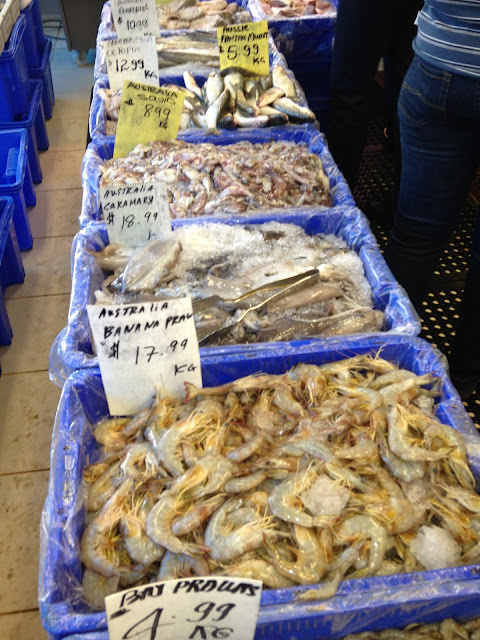 There were so many different types of stores and some amazing foods we were introduced to. By my self I would never have tried some of the products, but with Sally's guidance I now know what they are and have been converted. 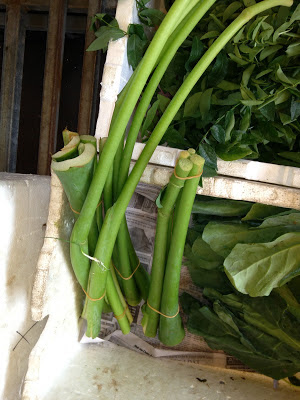 We visited fruit and vege stores, which have such an incredible array of produce that us Westerners would never think of eating. These are actually Elephant Ear stalks, used in soups and stir frys. 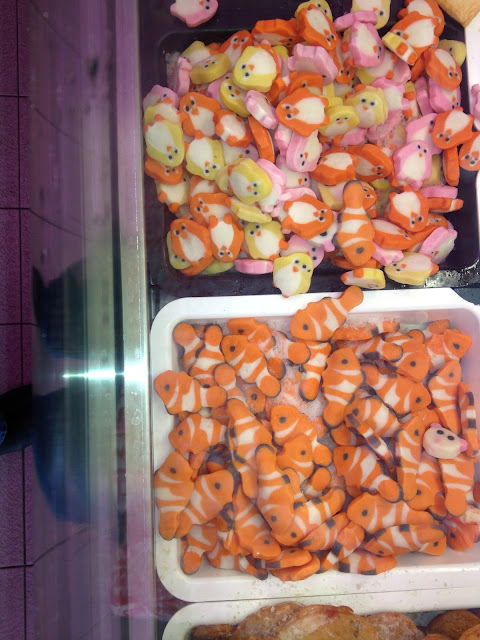 We visited an amazing butcher. These are seafood shapes for stir frys or soups. The butcher had many other delicacies, and mum and I brought some for our big family cook up that night. 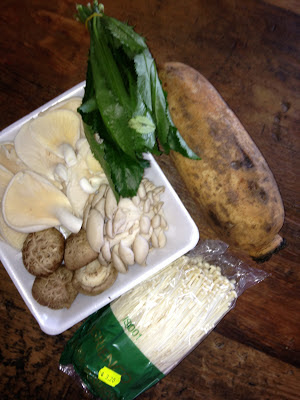 Some of my fav's for dinner. Mushies- of all types, a lotus pod, nice and crunchy in the stir fry and a more unusual type of coriander. 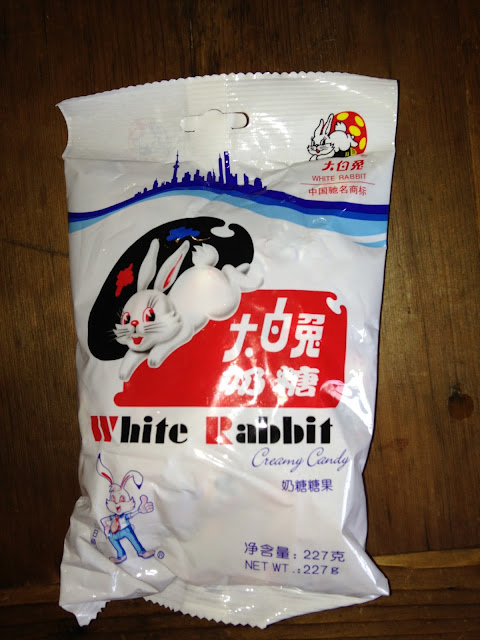 The kids had requested White Rabbits also. These taste very similar to the milky bottle chewy bars. As a child of the 70's when Chinese and Asian food was just starting to become mainstream in Australia, mum would often take us into the Asian precincts to shop. She's had a wok all my life and Asian cuisine became the norm as I grew up. Happily now my own kids are starting to develop palettes for it and will try some more of the unusual stuff.

Taste trekkers run tours constantly, as well as cooking classes and many other interesting events.
For $80pp, it was a fantastic day which included the tour, tastes, lunch and a goodie bag and recipes after. I highly recommend it and a tour is also a great pressie idea for something a bit more out of the box. 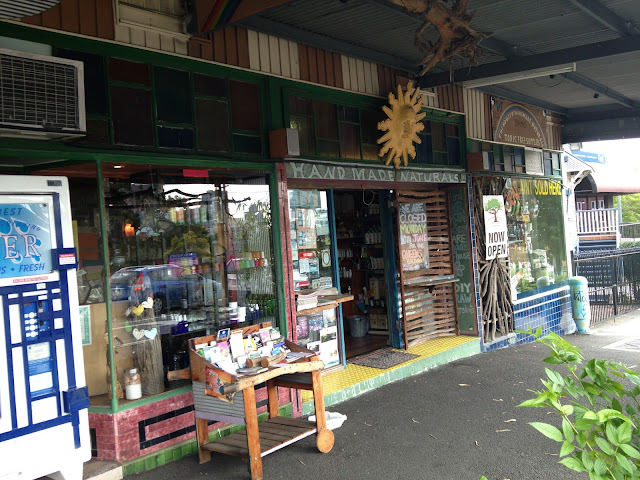 For many years I have passed by Hand-Made Naturals looking at the amazing shopfront constructed from an incredible spectrum of recycled products. This week I finally went in. Walking through the door I was instantly struck with a beautiful smell that reminded me of freshly bees waxed furniture. 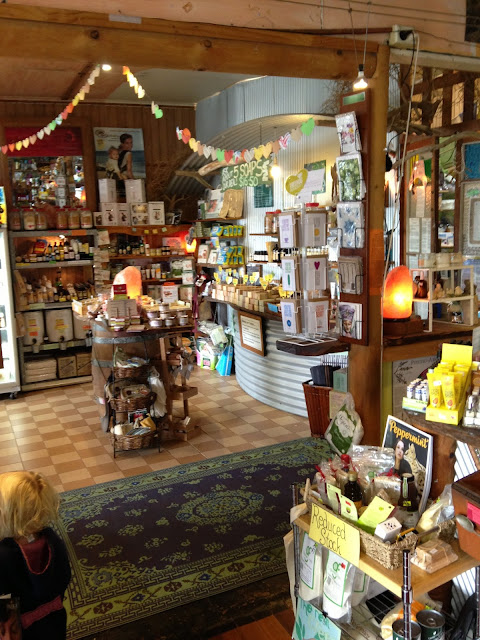 The store is owned by Corinne Sparks and she has been trading here for 17 years. Corinne has been manufacturing her own brand of natural body products for 26 years. Her catalyst was growing up with hair dressers as parents and as she studied chemistry at school she was hit by the irony that many of the hair products contained chemicals that required gloves and other protective measures, yet were being applied directly to skin. This began her path to create a better healthier option. 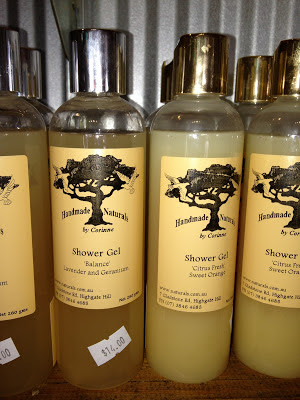 Looking around the shop shows the broad skill Corinne has. All the soaps are made by Corinne and they smelt divine! She is also responsible for making many of the other products stocked in the store. 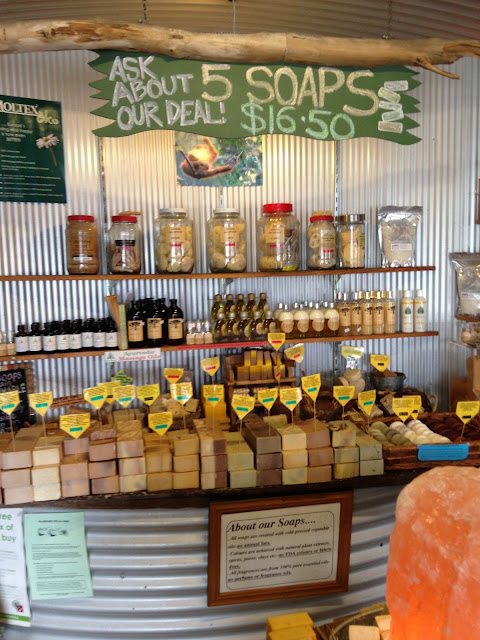 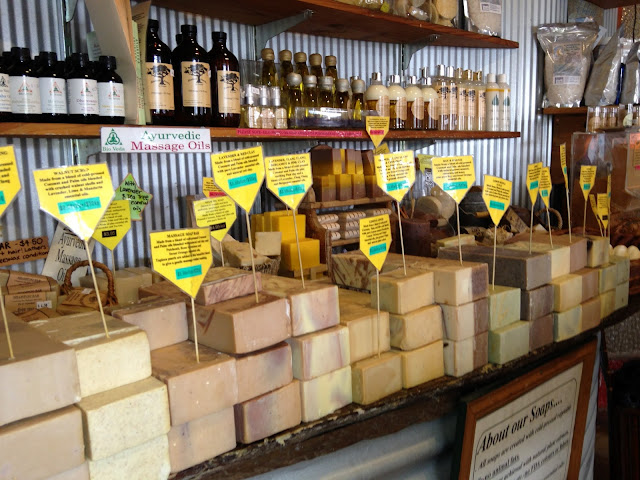 All the handmade displays and fixtures are the work of Corinne's husband. As is often the case- necessity is the mother of invention and over the years as the shop has grown and different types of display were needed, some very unique methods have been created. I loved that everywhere I looked there were gorgeous details that you could tell had been made with love. 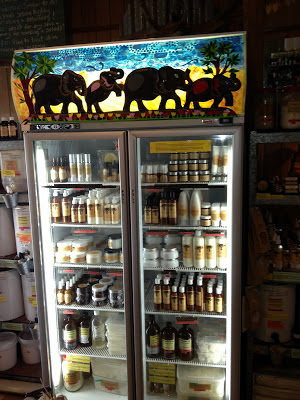 As I left the shop I had a quick peak at the neighbouring tenancy which will soon be an extension of the Hand Made Naturals store. Corinne's husband was putting up some fantastic recycled tongue and groove boards of various paint finishes as the wall claddings.

Hand Made Naturals carries an array of cosmetics and body products, literature, oils, cooking and food products to name a few and if you are in the Gladstone Rd, Vulture Street vicinity pop in. Just don't leave it as long as I did to discover this gem!